Highlights. New house starts are just 3.5% below their 60-year average indicating market equilibrium despite a brief dip in early 2020. 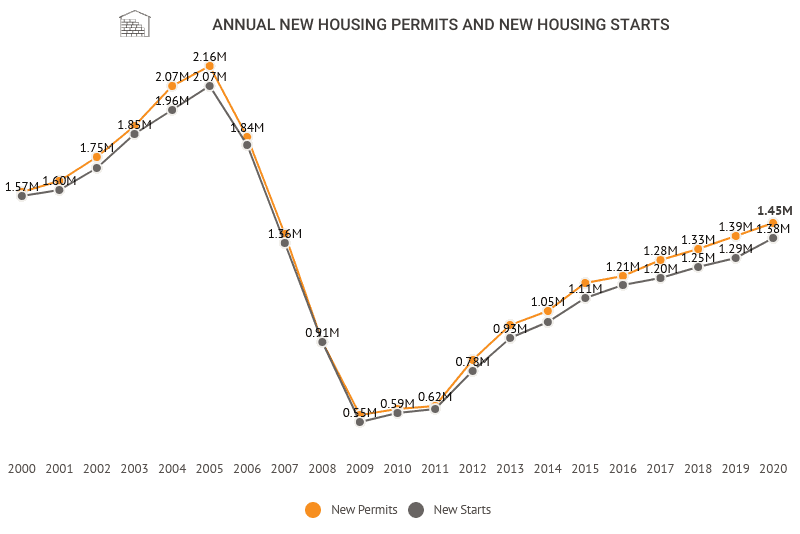 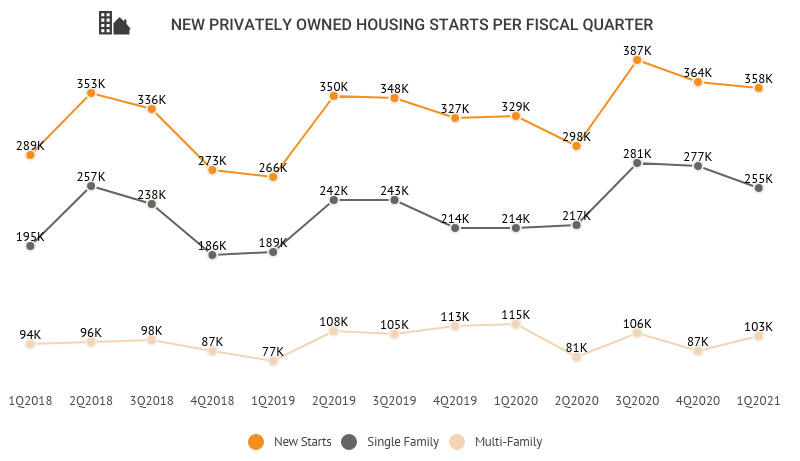 New house starts or new housing starts refer to residential construction projects that have broken ground. Most of the data in this report has not been seasonally adjusted. 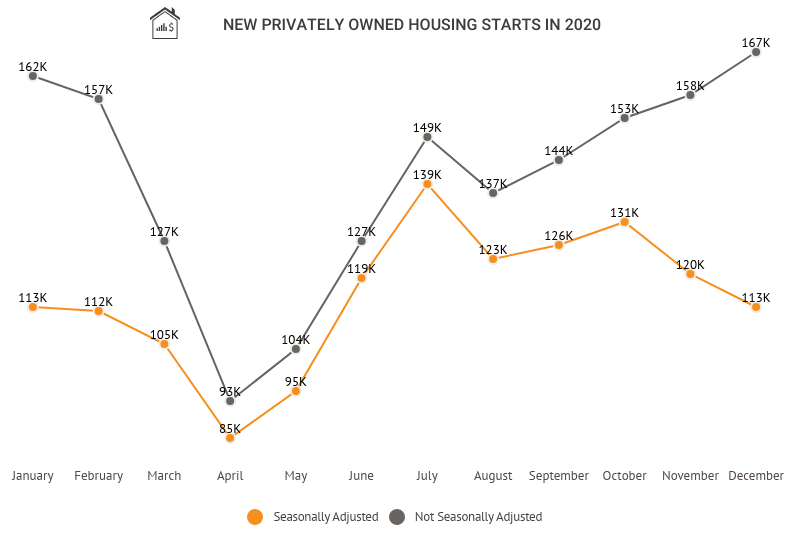 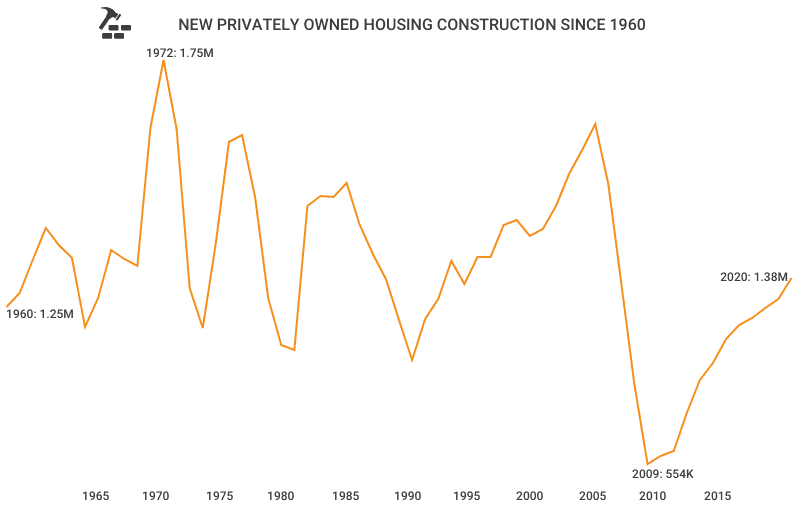 The U.S. Census Bureau and the Department of Housing and Urban Development (HUD) localize and chart certain data variables once per decade. Each year sees another set of variables’ decennial localized data. 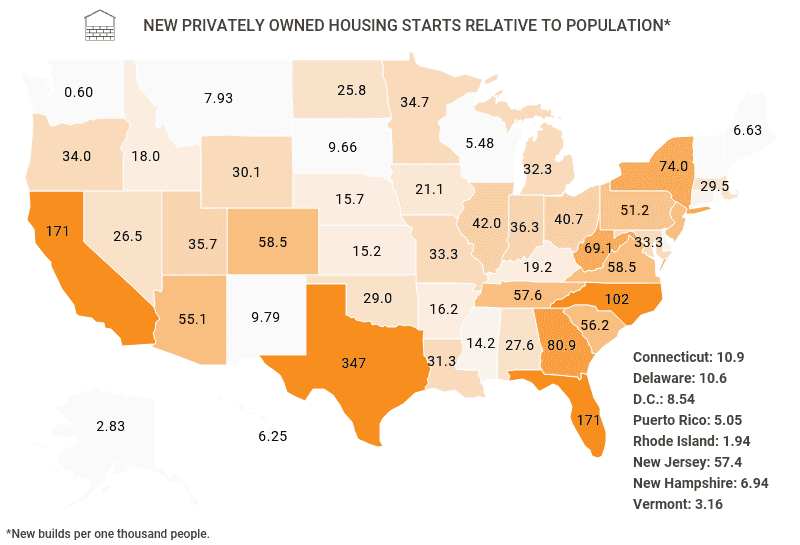 Statistics indicate that most states and territories have steady real estate and construction industries.

Rental property trends, such as rental vacancy rates and interstate migration statistics indicate larger complexes may be falling out of favor with renters. 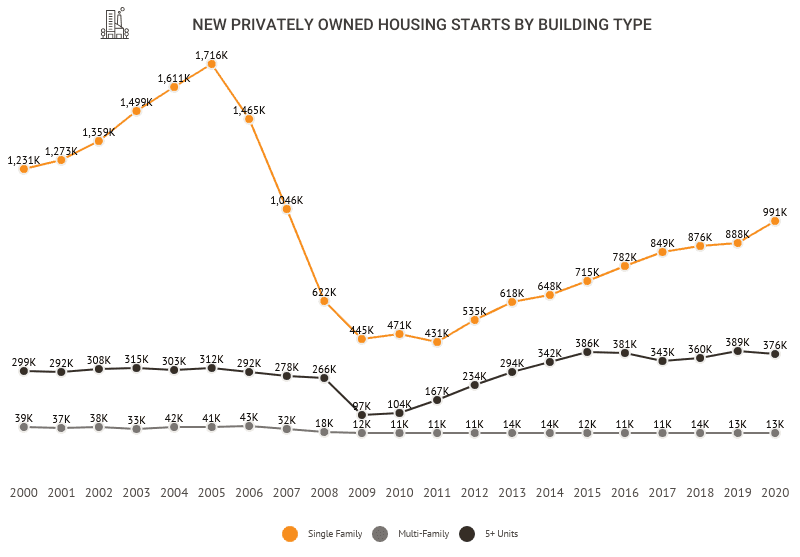 The annual number of single family housing starts has increased every year since 2011.

A building may be listed as “pending” indefinitely, making it difficult to gauge the efficiency of the construction industry based on the number of projects alone.

*Housing permits have been authorized but projects have not broken ground.

Logically, the more units a building includes, the longer it takes to complete. Buildings with 10+ units take at least 3 months from the time ground is broken until the project is deemed complete.