Highlights. Rent prices have increased an average 8.86% per year since 1980, consistently outpacing wage inflation by a significant margin. 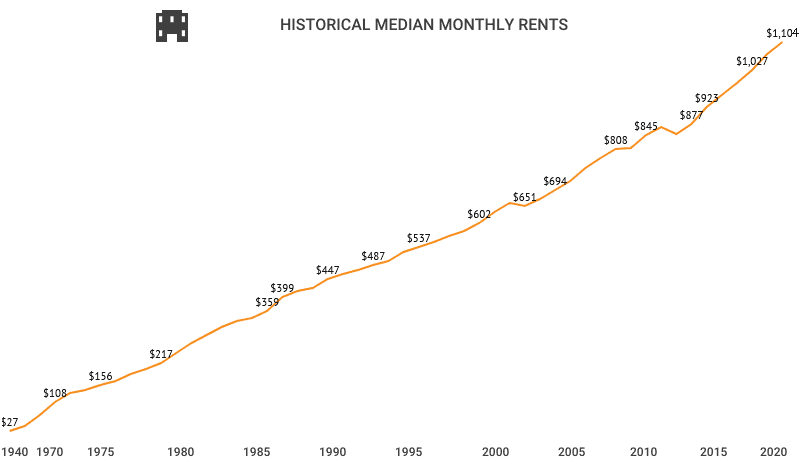 *This is the average annual increase since 1970; subsequent annual changes are averaged over the previous decade.

The U.S. Department of Housing and Urban Development (HUD) defines the Fair Market Rent (FMR). The FMR is not the price the average renter pays, however.

Rent vs. Income by Year

Housing and amenities have changed so much over decades that it makes gauging rental inflation difficult. The ratio of rent-to-income, however, indicates rent prices are rising at a faster rate than renter incomes. 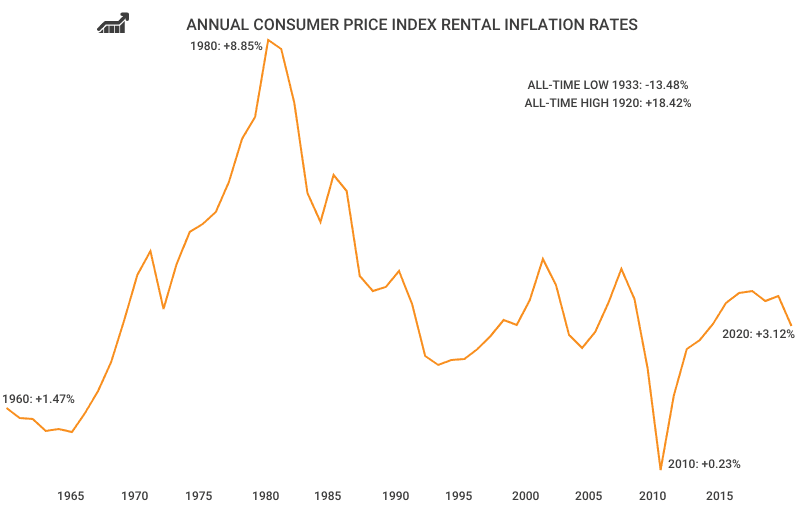 Southern states historically have the lowest rental rates. Alaska and Hawaii have had the highest rates since they became states in the mid-20th Century. 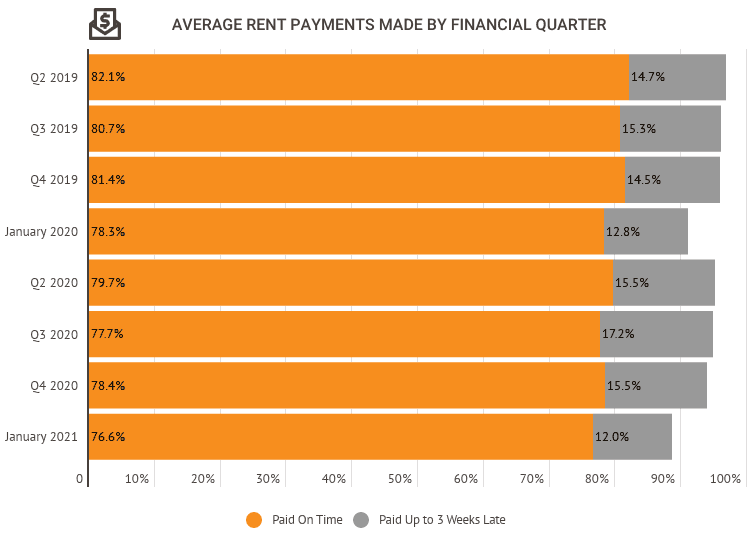 Despite pandemic-related market volatility, most renters continue to pay their rent on time.