The Opportunity Zone (OZ) Program is part of the Tax Cuts and Jobs Act of 2017 with the goal to increase commerce and decrease vacancy in low-income areas. Businesses and investors in these areas may be eligible for incentives. 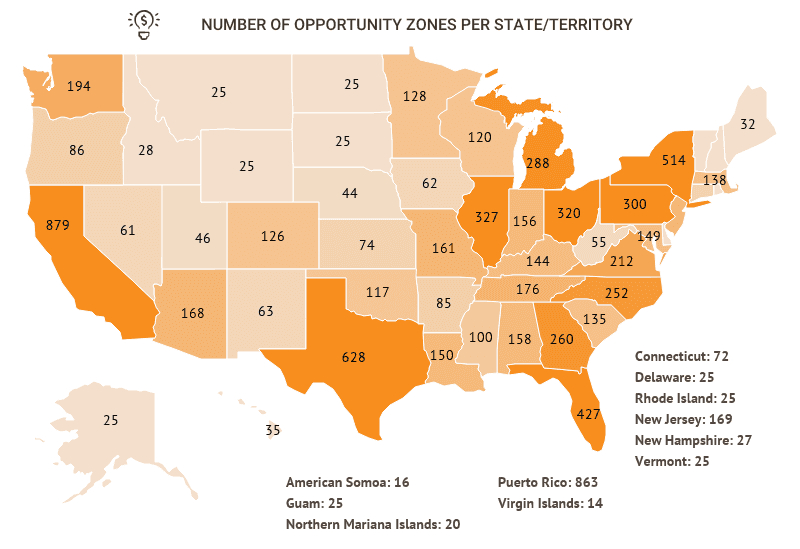 The benefits of investing in an Opportunity Zone include tax incentives, increasing property values, and large long-term returns.

In 2019, the EPA announced a $65 million grant project to rehabilitate environmental disaster areas within OZs. Qualified Opportunity Funds (QOF) and OZ businesses invest in these brownfield sites to ensure safety and compliance with environmental standards.

The IRS can utilize the “general anti-abuse rule” to determine if an investment has not been in line with the purpose of the Opportunity Zone program.

The EDA is not authorized to provide grants or cooperative agreements to individuals or to for-profit entities.

By definition, OZs have fewer community resources available. This gives residents fewer opportunities to aid themselves and care for their families.

Demographics in Opportunity Zones may reflect resource availability within that area. 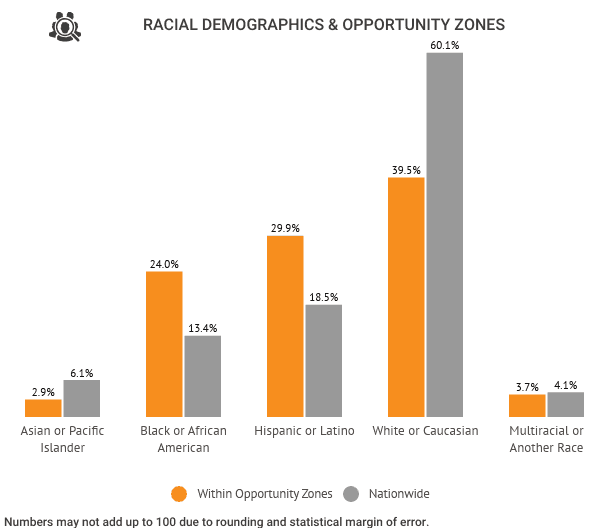 Opportunity Zones are characterized by a lack of upward mobility among residents. Some OZs have an extensive history of poverty.