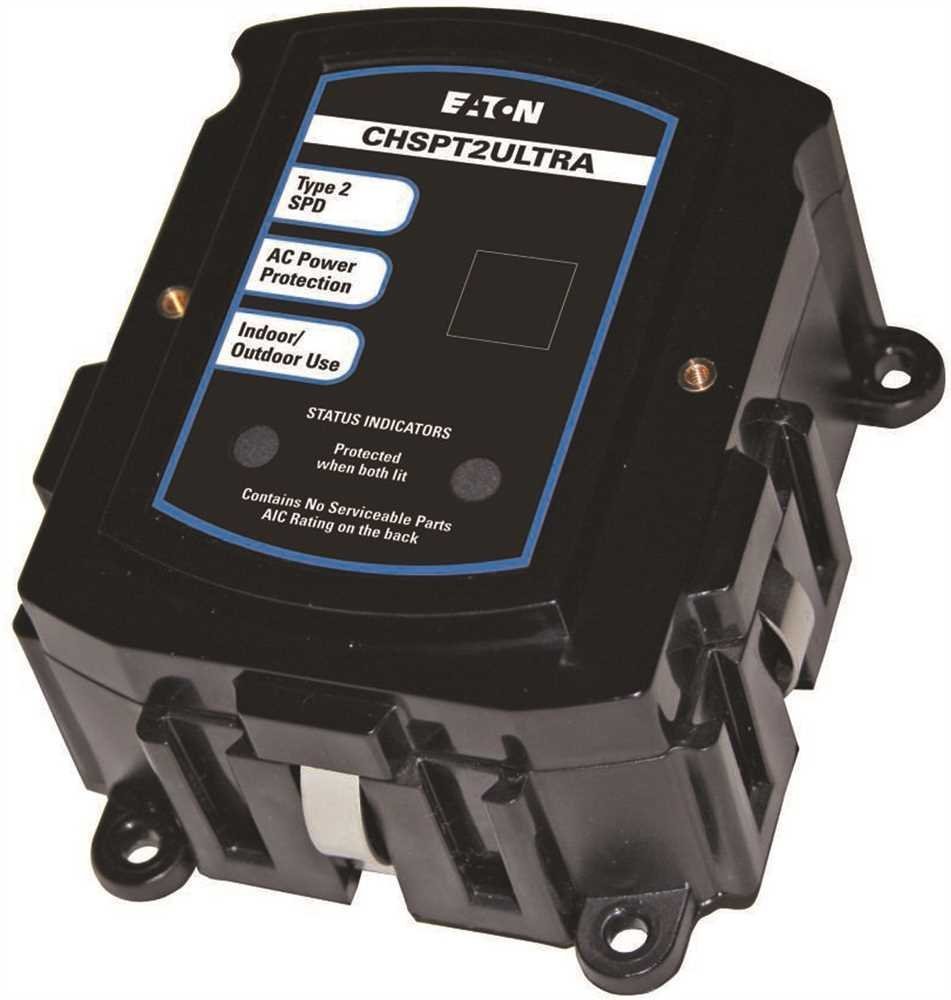 If you’ve already checked out the Eaton CHSPT2ULTRA, then one major detail almost certainly popped out to you immediately – this model is currently priced at under $100. That is a major bargain for a model that would be priced at twice or three times as much if it were sold by any other brand. This low price appears to still factor into this model’s “limited lifetime” warranty, though the exact details of this model’s coverage period are not detailed in its documentation.

The Eaton CHSPT2ULTRA’s great value doesn’t end at its price tag, though. In fact, every inch of the Eaton CHSPT2ULTRA is packed with performance and quality, starting with its exterior enclosure. This case maintains a respectable NEMA 4 rating, which speaks to its ability to resist rain, dust, and ice without compromising its internal components. As such, the Eaton CHSPT2ULTRA will serve the outdoor installation needs of almost all homeowners, regardless of their climate.

Under the hood, the Eaton CHSPT2ULTRA features many of the same components and specifications that have allowed the entire CHSPT2 series to become best sellers. For example, this model uses some of the shortest lead lengths in its class, which in turn allows this model to respond efficiently and safely to a surge of up to 108,000 volts. That massive volume can be the difference between a stable in-home power grid and a bunch of fried electronics, especially cable and coaxial systems that are notoriously susceptible to power surges.

Finally, it’s important that we mention that this model has an improved user interface compared to previous iterations in the same line. Specifically, the Eaton CHSPT2ULTRA has minimized the number of components on the main interface such that its green LED indicators are clearly visible at all times. As a result, the days of questioning whether or not your surge protector is even doing its job at all are far behind you if you choose to install the Eaton CHSPT2ULTRA.

Read more about our how our ratings broke down for the CHSPT2ULTRA below or checkout how it compares to other whole surge protectors.

Why Did It Earn this Score? – As with nearly all of the other surge protection devices on the market today, this model provides the two standardized MCOV tiers at 150 volts and 300 volts. While we appreciate that the Eaton CHSPT2ULTRA managed to meet par in this category, we were still a bit disappointed to see that these MCOVs were only evaluated for the L-N and L-L modes. As a result, some points were deducted for failing to disclose the MCOVs for both the N-G and L-G modes.

Why Did It Earn this Score? – All in all, we were thoroughly impressed with what the Eaton CHSPT2ULTRA has to offer in terms of voltage protective ratings. This model provides a tight range of ratings between its several modes, ensuring that users with knowledge in this domain are able to customize their home’s surge protection protocols efficiently. Between the 600-volt (L-N and L-G), 800-volt (N-G), and 1,000-volt (L-L) settings, you’re sure to find an option that allows an optimal amount of electricity into your home’s electric grid during a surge event.

Why Did It Earn this Score? – As always, we are pleased to see that Eaton has come through again and packed all four major modes of protection into the CHSPT2ULTRA. A fair number of models in the Eaton CHSPT2ULTRA’s class have been skimping out on this specification lately, so we are fully willing to give it a little extra credit for going the extra mile. The Eaton CHSPT2ULTRA only costs a fraction of those lessor quality models as well, which makes its inclusion of L–N, L–L, N–G, and L–G modes all the more valuable.